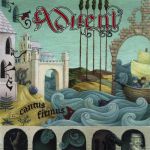 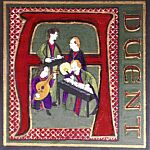 In addition to all the original material that helped forge the group’s reputation in the early 1990s, Advent’s debut CD also features two classical arrangements, as well as “BITB”—the band’s premiere tribute to Gentle Giant. While the music covers a wide range of the progressive-rock spectrum, it is all tied together by a commonality that truly defines the “Advent sound.” As the group’s sense of poetry and storytelling has always been a strong focal point, a full set of lyrics is included in the disc’s six-page booklet. 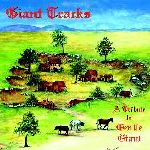 The definitive independent tribute to one of the greatest progressive-rock bands of all time. Conceived, organized, administered, documented, and released exclusively via the Internet, Giant Tracks features contributions from 21 of the most talented Gentle Giant fans, including Mike Keneally (Frank Zappa’s last “stunt guitarist”), Kevin Gilbert (prestigious producer, solo artist, and former member of Giraffe), and Dan Barrett (creator/administrator of the “Gentle Giant Home Page”). Advent’s “BITB,” originally commissioned for the project, appears on this limited-edition two-CD set. 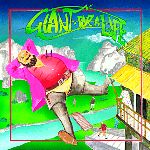 An equally impressive counterpart to Giant Tracks, Mellow’s Giant for a Life proves that Gentle Giant is one of the few groups whose material is worthy of at least two double-CD tributes. 18 artists from the US, UK, and Italy provide their individual insight into the music of Mr. Minnear and the brothers Shulman. In addition to “BITB,” Advent’s medley of “Experience/For Nobody” makes its exclusive recorded appearance here. 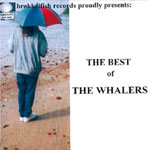 The Best of the Whalers (Brokkelfish Records [Germany], 2000)

Another independent tribute, this time in honor of Procol Harum. Released in the winter of 2000, this double-disc set contains 10 recordings of Procol Harum material, as well as 11 original compositions by fans of the band—quite a unique twist for a tribute project. In addition to Advent’s cover of “Robert’s Box” (from the Grand Hotel album), “Alison Waits (A Ghost Story)” is also featured.

For additional information, please visit The Best of the Whalers website. 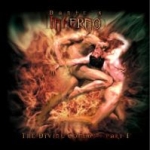 Advent contributed “Canto XXVI (The Evil Counselors)” to this four-disc compilation that features 34 artists, each covering one canto from the first part of Dante Alighieri’s 14th-century epic poem Divine Comedy.