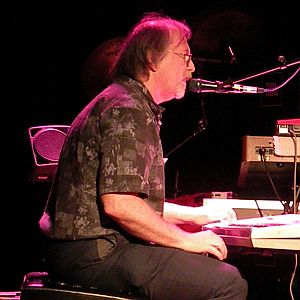 Henry—keyboardist, composer/arranger, and co-founder of Advent—began his music studies at age nine, taking guitar lessons at the local music store. He switched to keyboards a few years later, having discovered Procol Harum and J.S. Bach at about the same time. His interest in composing and arranging was sparked largely by various artists (most notably, The Nice and Fairport Convention—as well as Dick Halligan and Fred Lipsius of Blood, Sweat and Tears) who, at this time, were busy uniting popular music with jazz, classical, and traditional folk-music forms.

While pursuing a fine arts degree, Henry continued his musical education—both on campus and privately—studying theory, harmony, counterpoint, orchestration, 20th-century music, and piano. An interest in choral music also grew out of his involvement as a singer in the choir at St. Anthony’s Roman Catholic Church in his hometown of Hawthorne, N.J., and later as a member of Newark’s Sacred Heart Cathedral Choir.

Henry insists that his musical influences are too numerous to list (“anything worthwhile from the present all the way back to St. Gregory the Great”). His hopes for Advent are “to be wherever popular music is an outgrowth of the very best that western musical culture and tradition can offer.”